Shortness of breath and wheezing are symptoms patients with asthma, acute bronchitis, chronic bronchitis and emphysema have. From a Western medicine perspective it is an immune-system-related disorder of the respiratory system in which the breathing passages are inflamed, narrowed or blocked. Reasons for asthma can be extrinsic such as an allergic reaction to pollen, animals, dust, mold or food additives. Intrinsic asthma can be caused by emotional stress and is often occurring after a severe respiratory infection.

The reasons for an outbreak of asthma, bronchitis or emphysema from a Chinesemedicine perspective can be one or a combination of the following:

Patients with asthma have a condition in which their body lacks defensive Qi. Defensive Qi is a type of energy produced by the kidney to protect the body from external factors similar to the immune-system. The condition of deficiency of defensive Qi develops when the kidneys or lung do not function properly leaving the body more vulnerable to diseases.

How Is Chinese Medicine Used to Treat Asthma?

Acupuncture can help to release naturally tensioned muscles and blockades without side-effects that are very common with conventional treatment methods such as inhalers. Acupuncture calms the body and relieves symptoms of an asthmatic attack. It also releases blockages in the meridian channels helping the defensive Qi to flow smoothly through the body. Scientifically Acupuncture can help to relax the parasympathetic nervous system and increase the release of neurotransmitters to the brain. Some patients already see improvements of their condition after their first acupuncture treatment.

Remarkable effects can be achieved with acupuncture. Many patients experience immediate relief after an acupuncture treatment, feeling that the airway blockage was simply removed. Bronchospasms, a sudden constriction of the muscles in the walls of the bronchioles, results from over-stimulation of the parasympathetic nervous system. Stimulation of acupuncture points can relieve both physical and emotional stress by triggering the release of neurotransmitters in the brain. Patients therefore often experience a physical release from the bronchial constriction and feel emotionally released from the fear of suffocation.

A common approach is using body acupuncture that strengthens kidneys and lungs. Depending on the constitution of the patient and reason for the asthma condition a variety of different points are used. 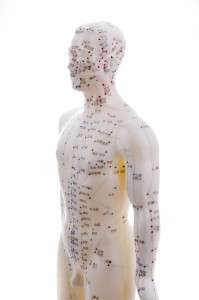 Herbal medicine using a mix of Chinese herbs helps to strengthen the lungs and immune system. Herbal treatment is efficient in reducing the likelihood of a return of an asthma attack. Based on the body constitution, asthma condition and origin and specific needs of the patient the practitioner will prescribe an herbal formula.

Common herbs used in the treatment of asthma and bronchitis are:

A Combination of Treatments

A combination of acupuncture with herbal medicine and treatments aiming to improve the deficiency of defensive Qi such as cupping, herbal steaming or moxibustion tends to be more effective and is advisable.

Contact us for an appointment with our TCM practitioner